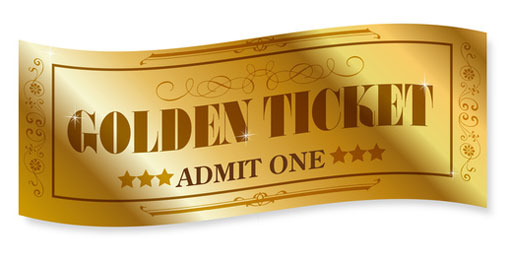 I am all a dither because today, Georgetown University’s Center on Education and the Workforce released their report entitled “Separate & Unequal: How Higher Education Reinforces the Intergenerational Reproduction of White Racial Privilege”.

As an educational scholar I get excited when I see these reports for multiple reasons: a) it’s a text I can use in many of my courses; b) national scale data is hard to come by; c) the quality of the research done is fairly solid given the origin of the work; d) this contributes to, and may advance, discourse on equity in education.

The executive summary is clearly written and organized. It begins with a very clear thesis: “In theory, the education system is colorblind; but, in fact, it is racially polarized and exacerbates the intergenerational reproduction of white racial privilege.” I can dig it. They follow this assertion with clear data points, some of which I share here:

Aaaaand once these students get to college, whites are more likely to complete college. After controlling for prior achievement, 51% of Hispanics and 49% of African Americans drop out of college compared to 30% of whites.

Here is where I diverge from the report whose primary purpose is to relay long-term life outcomes associated with disparate college enrollment patterns. That story is not new. What I want to discuss is why all students (but especially Hispanic and African American students) who attend the top 468 selective institutions are nearly twice as likely to graduate and have a greater likelihood of attending graduate school as those who attend open-access institutions.

I argue that our conversation should be about college completion, not enrollment. And in that conversation we must acknowledge the critical role cultural capital plays in degree attainment.

There are obvious explanations for the different success rates between selective and open-access colleges. The report points to greater financial resources as measured by per pupil spending. The 82 most selective colleges spend almost 5 times as much on instruction as open-access schools. In dollars this is $27,900 compared to $6000 per pupil per year. The top 468 schools fall between spending an average of $13,400 per pupil.

But focusing solely on economic differences masks what I believe to be the true driver of stratification in higher education: access to cultural capital.

Our postsecondary institutions have been and continue to be structured around the white male norm. White men still dominate academia, occupying higher positions and receiving higher pay than equally qualified women. This discrimination is furthered when one happens to be a woman and of color. Women of color occupy the lowest position in the Academy, marginally outranked by men of color. The curriculum—especially at elite schools—is driven by what the power culture deems important. We glorify pre-med, pre-law, and business under traditional academic models, and encourage exploration of many fields under the liberal arts model. Both of these are direct representations of white middle and upper class expectations. To be successful at the collegiate level on a pre-professional track, one must first have taken the requisite courses in high school and possess the self-regulatory learning skills and content knowledge to be competitive in such courses. For many white middle and upper class students, this is a given. Of course you’ve taken pre-calculus in high school. Of course you know how to write. Of course you have a context in which to place and a schema through which to make sense of course content. I don’t need to give you any of that.

Similar scenarios play out at elite liberal arts colleges. There is little guidance about what courses to take beyond making sure students satisfy distributive requirements. There are no vocational tracks because the idea is that you are qualified and informed enough to construct that path yourself. You have a long term vision of who you want to become and you have all the supports and information you need to get there. So four years from now you will walk across that stage empowered and prepared to pursue your chosen career. Congratulations!

What I know to be true from my own experiences as a student at elite institutions (one liberal arts and one more traditional), as a faculty member at a selective liberal arts institution, and as a scholar whose work centers on the function of social factors in educational attainment, is that students from low income and racial minority groups begin their college career without the cultural capital needed for success in such an environment.

How do I know? It’s obvious. These are students who have never written a paper in any other format than a five paragraph essay. Who have never taken an AP or IB course because their district didn’t offer them. Who have been given step-by-step instructions on every assignment because their teachers did not trust their decision-making. Who have never left their state (or in some cases their city) so are unaware of how different people in different settings live. Who have never had choice in their education because choice implies a school with academic options. Who don’t understand the necessary courses to take if you want to become a veterinarian because you do not know any veterinarians—or anyone who went to graduate school for that matter. Who don’t know that summers should be spent networking at internships instead of working for the necessary pay to continue to your education. Who don’t have a safety net of a job, space at home, and financial support from parents and family members in case you make a mistake and all of this was for naught.

Given all of these barriers, one would think that students of color at the top 468 selective institutions would graduate at lower rates than their counterparts at open-access schools. This is what they want us to believe. This is what they sell us. They paint a picture of an environment where our students can’t succeed. They tell us our babies will feel ‘out of place’ and ‘lost’ and would be more ‘comfortable’ at a less rigorous school. Or they dissuade us with hefty price tags, never mentioning that elite schools carry higher endowments which enable them to provide more need-based aid than do open-access schools. And this aid is often in the form of scholarship, not loans. They do not tell us that our children, who are qualified to attend an Ivy League school, could afford to do so even if their family income is less than $75,000 per year because now, at many of the Ivies, these students can go tuition-free. They hesitate to mention that President Obama has vastly increased access to Pell Grant funds for families whose income is less than $30,000 per year. No. They don’t want us to know any of that. Because if we knew, if we enrolled in the top 468 schools, we would graduate at much higher rates and consequently occupy a higher social position in society. What a threat that would be to their happy existence of privilege and power.

Students of color who enroll in selective schools do succeed. And they do so despite a lack of explicit instructional and social supports. They succeed at higher rates than their peers in open-access schools because they have access to cultural capital their peers do not. No matter how you spin it, the elite schools are elite because they function in an insular bubble where cultural capital begets more capital begetting power. Students of color enrolled at such schools are privy to a whole new world, a new way of being. They are given access to information that has been kept close to white chests throughout time. Slowly, they can become a fringe member of the most esteemed society in our country: white society.

Don’t get me wrong: you are indeed a fringe member as your skin will never give you full entry. But we don’t need full entry. We don’t need to be white or wealthy to succeed in life. We just need to be informed. We need to know the game and the players. We need to recognize and accept the fact that cultural capital is our ticket in.

And once we are in…think of what we can do.

2 comments on “No Ticket, No Entry: Cultural Capital in College Degree Attainment”